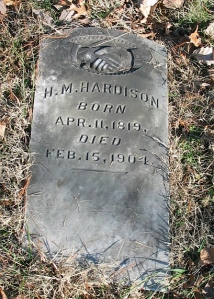 Before the tenth grade, I was a bit of a loner.  I had friends here and there but never found myself in any group.  That all changed when my freshman year of high school ended.  During that summer, a group of five of us became incredibly close.  We went to movies.  We hung out at one of our houses.  We acted like teenagers.  It was one of the best summers of my life.  When sophomore year started, we stayed strong.

For the first semester at least.  In the second semester, everything changed.  I started dating a girl.  She was my first real girlfriend.  When she cheated on me three weeks later, I ended it.  The short time frame isn’t what mattered.  In the end, our short relationship sparked so much to change.  Nessa—one of the girls in our group—and I had secretly been crushing on each other for more than a year.  When my break up coincided with her break up…we found the opportunity to tell each other and be together.

Maria was my first love.  Plain and simple.  As with all first loves, it came to a rather disastrous end.  During the summer that followed, our group tried to remain together…but nothing really worked.  After the first few weeks of our junior year, it was clear that our friendship was dead.  I started hanging out with a new group of people.  She did her own thing.

About a month later, Maria discovered something.  She had been raised by her father and her stepmother.  This was because her mother had died of an overdose when Maria was quite young.  Or, at least, that is what Maria was told.  During the first month of our junior year, Maria discovered the truth.  Her mom had been in a mental health unit for more than a decade.  She took medication to help her, but nothing worked well enough for her to be released.

Maria had been lied to.  Imagine living your entire life under the impression that your mother was dead…then realizing the people raising you were lying about it.  That isn’t even the worst part.  The worst part is how Maria found out.  A single piece of mail…telling her that her mother had died….last week.  It was impossible to imagine.  You go your whole life believing that you mother is dead.  Then, simultaneously, you realize that she was alive and just died.

I was 16.  I don’t think I honestly understood just how intense of a situation this was for Maria.  Betrayal of her guardians.  Loss of her mother…again.  The grief that she could have seen her all these years.  All this mixed together into something impossible to deal with.  The reason I know this story is that, after everything we had been through, Maria called me.  I don’t remember why she called me, but she did.

I picked her up.  She told me the story as I drove her to the cemetery where her mother had been buried.  We drove in and parked at the building at the center of the cemetery.  She went in and found a man working the front desk.  Maria asked the man how to find a tombstone.  He showed her the list of names and the correlating map.  It didn’t take very long to find her mother’s tombstone.

We drove off to the far corner of the cemetery.  It’s the place where they bury people without money.  The headstones are as basic as they come and are probably paid for out of the Medicaid that followed the person into death.  I followed her up and down the rows of headstones until she found it.  At that point, I was at a loss.  I ended up walking about ten headstones done.  I sat down and watched.  I didn’t want to impede on such a personal moment.

I can’t imagine what was going through her head in that moment.  I still don’t really know.  We sat there for a long time.  She never spoke aloud.  She never cried.  In the days and weeks that followed, we didn’t really talk all that much.  At one point, I found her private blog online.  It talked about the event from her perspective.  I remember her words quite clearly.  She said she wanted me to hug her…but didn’t think she had the right too.  That was so strange to me because I wanted to comfort her…but I didn’t think I had the right too.

Maria was a confusing and incredible young woman.  I don’t know where she is today, but this moment has been stuck in my mind for the past eight years.  I have never endured a moment like this…and hope I never have to.  To survive this kind of betrayal is a testament to her strength.

2 thoughts on “Day Five: How She Lost Her Mother Twice”