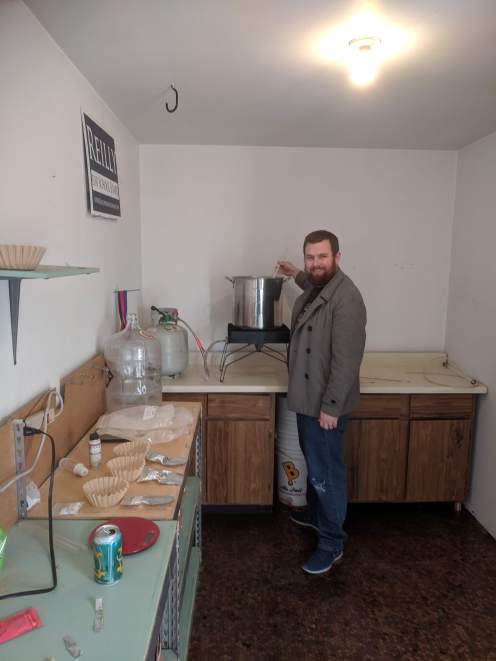 Today I am bottling what I am now referring to as my “test brew” for my new brewery.  It has been about a year since I last brewed, so I needed to break myself back in.  This will be the first brew in my new brewery and the last brew of my twenties.

Considering I wasn’t entirely sure what I was doing, I took an old recipe I had used to on brewersfriend.com and played around with it a bit before I bought my ingredients.  I had used the somewhat same recipe to make a Grapefruit Amber Ale and a Grapefruit IPA.   I didn’t really realize it until I saw the dark wart, but it looks like this will be a porter.  Since I intend to carbonate with honey and grapefruit syrup, this will be a Honey Grapefruit Porter sitting at about 7%.  I’m not sure if that sounds good, but it was nice just to get a brew under my belt. 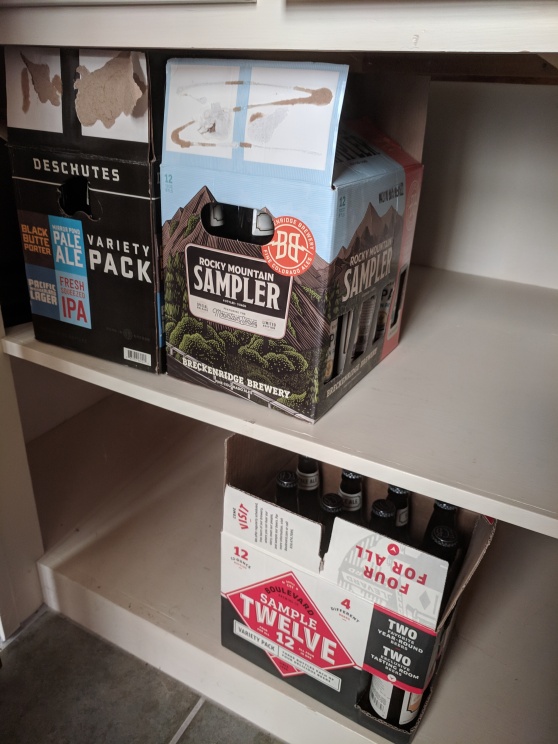 I had to move to the beer indoors to carbonate since it has been hovering around zero degrees outside over the past week.

March 17th, 2019 will be my 30th birthday.  It will also be the first day of my 100 Brew Challenge.  My primary goal with this challenge is to make baby steps.  Since it will be Winter still, my first goal is to work on temperature control.  I have already done some investigating on fermentation heaters.   My second goal is to try a new style of beer that I have never made before.  I am thinking a milk stout.

Until next time,
Richard